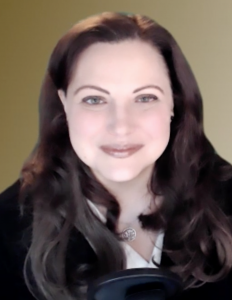 Shannon E. French came to Case Western Reserve University (CWRU) in 2008, after teaching for 11 years at the US Naval Academy in Annapolis, where she was a tenured member of the Ethics department and Associate Chair of the division of Leadership, Ethics, and Law. Now a full professor in philosophy at CWRU, she has a secondary appointment in the School of Law, is the Inamori Professor in Ethics, is the Director of the Inamori International Center for Ethics and Excellence, and directs the first Master’s Degree (MA) program in military ethics in the United States. Her primary research field is military ethics; especially conduct of war issues, ethical leadership, command climate, warrior transitions, moral injury, and the future of warfare. Her other scholarly interests include corporate and organizational ethics, meta-ethics, moral psychology, neuroethics, and ethics and technology (including emerging tech). Her publications include The Code of the Warrior: Exploring Warrior Values, Past and Present, now in its second edition, edited volumes on military ethics, and many diverse book chapters and articles with recent titles ranging from “Artificial Intelligence in Military Decision-Making” to “Neuroethics, Dehumanization, and the Prevention of Moral Injury” to “Military Neuro-Interventions: Solving the Right Problems for Ethical Outcomes” to “Strategic Dissent in the Military.” She is currently working on a book on ethics and artificial intelligence. She is an LME (legal, moral, and ethical) consultant for the Institute for Defense Analysis (IDA) and was a non-resident Senior Associate at the Center for Strategic and International Studies (CSIS). In addition, she is the editor-in-chief of the International Journal of Ethical Leadership, an associate editor for the Journal of Military Ethics, and an editorial board member for the Journal of Character and Leadership Integration, as well as an active member of the European Chapter of the International Society for Military Ethics (Euro-ISME). Since 2017 she also serves as the General Hugh Shelton Distinguished Chair in Ethics for the U.S. Army Command and General Staff College Foundation.

French, Shannon E., The Code of the Warrior: Exploring the Values of Warrior Cultures, Past and Present, revised and expanded Second Edition, Lantham, MD, and New York: Rowman and Littlefield Publishers, 2017.

French, Shannon E., The Code of the Warrior: Exploring the Values of Warrior Cultures, Past and Present, Lantham, MD, and New York: Rowman and Littlefield Publishers, 2003.

French, Shannon E., Sisk, Victoria, and Bass, Caroline, “Drones, Honor, and Fragmented Sovereignty: The Impact of New and Emerging Technology on the Warrior’s Code,” The Ethics of War and Peace Revisited: Moral Challenges in an Era of Contested and Fragmented Sovereignty, edited by Daniel Brunstetter and Jean-Vincent Holeindre, Washington, DC: Georgetown University Press, 2018.

French, Shannon E., and Jack, Anthony I., “Dehumanizing the Enemy: The Intersection of Neuroethics and Military Ethics,” David Whetham, editor, Responsibilities to Protect: Perspectives in Theory and Practice, The Netherlands and Boston: Brill/Martinus Nijhoff Publishers, 2015.

French, Shannon E., “The Code of the Warrior,” in The Harmon Memorial Lectures in Military History, published for the United States Air Force Academy by the University Press of the Pacific, 2005.

French, Shannon E., “The Code of the Warrior: Ideals of Warrior Cultures Throughout History,” The Journal of Character & Leadership Integration, Winter 2017 (pages 64-71).

French, Shannon E., “The Code of the Warrior: Minimizing the Moral Damage of War,” Proceedings of the Rowell Symposium, Russell Parkin, editor, 2004.