Past Visitors to the Department 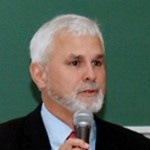 He has taught at Georgetown University, Emory University, Randolph-Macon College, the French Military Academy (Saint-Cyr), and the Catholic University of Leuven in Belgium.  His main areas of interest are applied moral philosophy and military ethics, and he has written on such topics as: irregular and hybrid warfare, cyber conflict, military and professional ethics, and ethical challenges of emerging military technologies.  He is also the General Editor of the multi-volume Critical Edition of the Works of Alfred North Whitehead (Edinburgh University Press).

Lucas is the author of six books, more than forty journal articles, translations, and book reviews, and has also edited ten book-length collections of articles in philosophy and ethics.

Dr. Lucas is also co-editor (with Capt. Rick Rubel, U.S. Navy, retired) of the textbook, Ethics and the Military Profession: the Moral Foundations of Leadership, and a companion volume, Case Studies in Military Ethics, both published by Pearson Education (New York, 2004). These texts are used in core courses devoted to ethical leadership at the United States Naval Academy, the United States Air Force Academy, and at Naval ROTC units at over 57 colleges and universities throughout the nation. 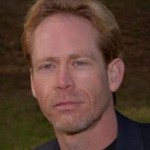 Kevin Houser was the Beamer-Schneider SAGES Teaching Fellow in Ethics at Case Western Reserve University, in Cleveland, Ohio. In 2015, he received his Ph.D. in philosophy from Indiana University, Bloomington. Research specialties include ethics/moral philosophy, empathy and moral emotions, epistemology, market ethics, and the work of Emmanuel Levinas. Current projects include an in-service series (for Case Western) on cross-disciplinary ethics instruction, an expansion of the APA/Marc Sanders Essay “Empathy Re-Moralized,” and a chapter for the upcoming (2017) Oxford Handbook of Emmanuel Levinastitled “Levinas and Analytic Philosophy: Towards an Ethical Metaphysics of Reasons.” Current cv with publications and teaching experience is here. Present work proceeds from a conviction, contracted from Emmanuel Levinas, Stanley Cavell, and Robert Brandom, that the common quests to find reasons to be ethical and/or to derive ethical authority from practical reason, are both backwards. Ethics is not best understood as an expression, result, or residue of the rational. Rather, there is a prior pre-reflective ethical relationship which makes reasoned thought possible. 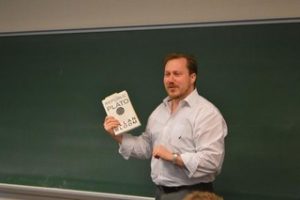 Tibor Solymosi, PhD, is interested in the intersection of science and technology with values, especially the consequences of the sciences and technology for our self-conception as conscious, free, and morally-responsible selves living in democratic cultures. He has published over two dozen articles on these issues and is co-editor of two anthologies, Pragmatist Neurophilosophy (Bloomsbury) and Neuroscience, Neurophilosophy, and Pragmatism (Palgrave). He has been invited to speak throughout the United States and Europe and has previously taught at Southern Illinois University, Allegheny College, Bowie State University, and Mercyhurst University.
Scroll To Top