The Beamer-Schneider Professorship was created to promote the moral character and ethical behavior of CWRU undergraduates. Elmer G. Beamer was the accountant for Kent Hale Smith, and Hubert H. Schneider was Smith’s lawyer. Smith served as a trustee and benefactor of Case Institute of Technology as well as its interim president from 1958 to 1961. He was a co-founder of Graphite Oil Products Corp., which later became the Lubrizol Corp. At a time when there was a lot of corruption in Cleveland, Messrs. Beamer and Schneider were known for their integrity. Both men shared a conviction expressed in Lubrizol’s historic mission statement:

“Honesty, fairness and ethical behavior are a necessary part of the only sustainable path to a lasting success.” 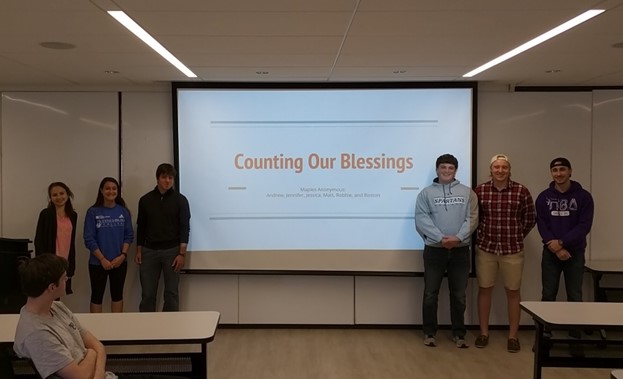 Anthony (Tony) Ian Jack was appointed to the Beamer-Schneider Professorship in Ethics in August 2022. Professor Jack’s approach to the mission of the professorship builds on his “Science of Happiness” class. This interdisciplinary class follows in the “philosophy as a way of life” tradition practiced by the ancient philosophers. Today this tradition is best known through the recent resurgence of interest in Stoicism. It also shaped aspects of the three major monotheistic religions of Judaism, Christianity, and Islam. Professor Jack’s Science of Happiness class updates Stoicism and other ancient approaches by integrating them with insights from modern science as well as more recent wisdom and spiritual traditions. Professor Jack has been teaching and continually developing the course since Fall 2015. This highly interdisciplinary class blends research, ideas, and tools from many areas including: neuroscience, emotional intelligence, positive psychology, health sciences, the third wave cognitive behavioral approaches of Dialectical Behavior Therapy (DBT) and Acceptance and Commitment Therapy (ACT), humanistic psychology including Gestalt, Victor Frankl’s logotherapy, evidence-based approaches to coaching, behavioral economics, leadership studies, mindfulness, somatic awareness, breathing exercises, ancient philosophy, continental philosophy including existentialism, and religious and spiritual approaches including Taoism and Buddhism. A key challenge for this oversubscribed course has been finding ways to increase enrollment while maintaining its central emphasis on high quality, supportive, and engaged interpersonal interactions.

Professor Jack now oversees the undergraduate minor in Ethics. In addition to his Science of Happiness class (PHIL 222) and his Empathic Leadership class (PHIL 392), beginning fall 2023 Prof Jack will be teaching the philosophy department’s core class in Ethics (PHIL 305/405). The undergraduate version of this class (PHIL 305) is required for the minor in Ethics. The graduate version (PHIL 405) is required for the MA in military ethics. Students and prospective students interested in any of these courses and/or the ethics minor are welcome to reach out to Professor Jack by email: anthony.jack@case.edu. CWRU students can enroll in the Military Ethics MA through the integrated graduate studies (IGS) program. Students and prospective students interested in the can find information here at Military Ethics MA.

Professor Jack’s work builds on the rich history of the Beamer-Schneider professorship. The previous holder of the chair was Professor Jeremy Bendik-Keymer. Some of the many activities and contributions made by Professor Bendik-Keymer during his eleven years in the chair (from 2010 to 2021) can be found here.